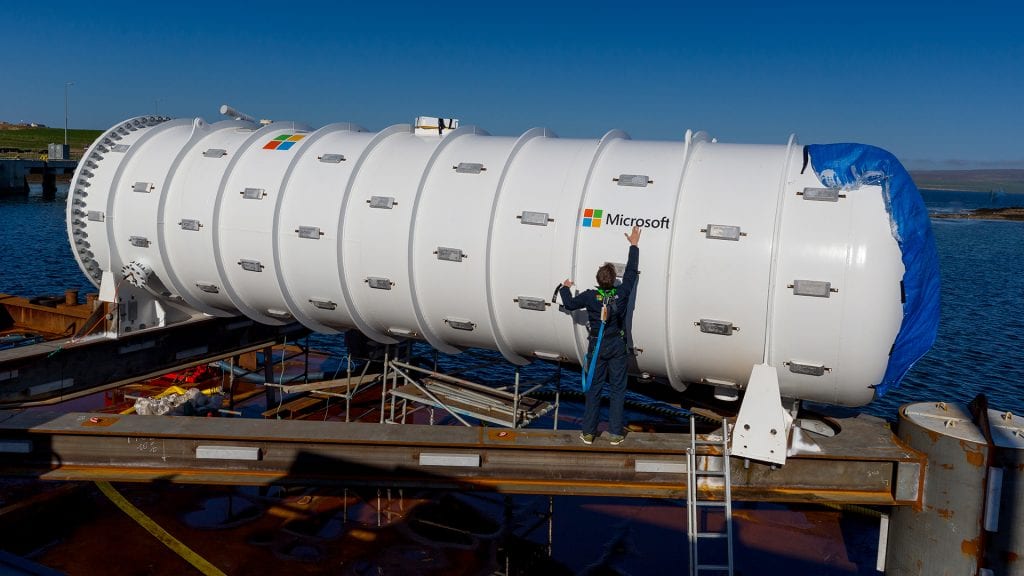 In August of 2014 Microsoft began work on Project Natick, a research initiative focused on building and deploying underwater datacenters. Now, a datacenter that’s been 117 feet under the ocean’s surface for two years is providing a first look at what the future of offshore datacenter networks might look like.

According to Project Natick’s website: “Natick is a codename and carries no special meaning. It is a town in Massachusetts.” Microsoft’s initial underwater test ran from August to November of 2016 with a vessel that was submerged off the U.S. Pacific coast. Recently, on September 14, 2020, Microsoft reported the results of a much longer experiment that was conducted off Scotland’s Orkney Islands.

As written by Microsoft:

“More than half the world’s population lives within 120 miles of the coast. By putting datacenters underwater near coastal cities, data would have a short distance to travel, leading to fast and smooth web surfing, video streaming and game playing.”

Microsoft deployed its Orkney Islands datacenter, which is approximately the size of a standard shipping container, in June of 2018. The datacenter vessel then rested for two years 117 feet deep until Microsoft researchers retrieved it in July of 2020. Although the datacenter vessel was covered with algae, barnacles and sea anemones, its internal structure remained dry and fully functional.

In terms of physical security, underwater datacenters are easy to monitor and unlikely to be accessed by unauthorized individuals. Underwater datacenters can be placed near the populations they serve, which reduces the physical distance over which data must travel and speeds up data retrieval.